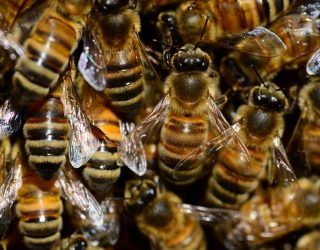 As every truck driver knows, it’s good to keep your cargo in the trailer. Truck spills might not be a regular occurrence, but when it does happen the freight that ends up on the road can be pretty strange. Here are some of the weirdest truck spills that have happened…

A highway in Seattle had to be closed in 2015 when more than 400 hives tipped off the back of a lorry onto the road. The clean-up job took two days and involved not just collecting the bees, which were swarming above the scene, but also clearing the spilled honey.

Widely considered the most disgusting creatures in the ocean, 3.4 tonnes of hagfish (known as slime eels) were spilled on a road and passing vehicles in Oregon last year. They never reached their destination of Korea, where eels are considered a delicacy, and a small bulldozer was called in to clear the slimy mess.

When a truck in Foggia, southern Italy overturned in 2010 spilling its cargo of 2 million Euros, passing motorists couldn’t believe their luck. The €1 and €2 coins covered the road and it is thought that fast-acting motorists made off with around €10,000 before the police arrived.

When a drug gang’s truck overturned, a tonne of the Class A drug cocaine ended up on the road in Bogota, Colombia. The drug had been hidden in the walls and roof of the truck.

One unlucky driver didn’t notice when 600 mackerel spilled from the back of his lorry onto a street in Belfast, Northern Ireland. When locals started collecting the mackerel Belfast City Council issued a statement advising against the consumption of any salvaged fish.

A decomposing sperm whale was being driven on the back of a truck through Tainan, Taiwan, when it exploded, covering cars and pedestrians in blood and guts. The whale was being transported to a research centre when a build-up of gas caused the rupture.

Do you know of any other good ones?