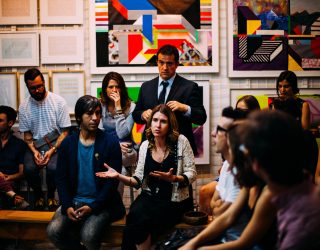 The mayor of a French village has taken the issue of speeding into his own hands and created some darkly comedic additions to existing road signs.

Marc Guillez, mayor of the 250-inhabitant village Montrécourt (Nord, Hauts-de-France), decided to take action against the drivers not respecting the 30kph speed limit on the village’s main road.

The signs include cartoon images of the Grim Reaper warning drivers that ‘death is waiting for you at the end of the road’ and of a woman holding a smoking gun, warning drivers to ‘slow down or the mayor will get angry’.

The road in question has become increasingly dangerous and a hotspot for traffic accidents. The signs are the first step in the mayor’s plan to get drivers to slow down. The next will be the installation of a smart traffic light system.