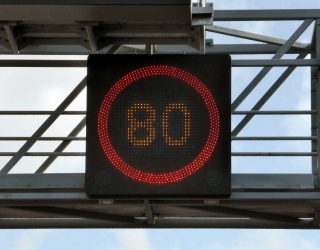 The government in France has confirmed that the speed limit on country roads will be reduced from 90 km/h to 80 km/h. This change, part of wider measures to make French rural roads safer and reduce pollution, will come into effect on 1 July this year.

It will initially run as a two-year trial on all two-lane highways and secondary roads without a central reservation. If, at the end of two years, the number of traffic-based injuries has not decreased, then further changes could be made.

The reform may be designed to increase road safety, but not everyone agrees with it. An open letter from the heads of 28 departments in France has called for Prime Minister Edouard Philippe to drop the plan. Instead, they suggested assessing roads on a case-by-case basis and focusing on those with the highest accident rates.

There has also been objections from the public against the decision. Continuing France’s strong tradition of revolution, opposition to this reform has gathered momentum. Earlier this month, motorcyclists and motorists staged protests and road blocks in towns and cities across the country.

If reducing the speed limit means less impatient drivers, I for one support this change on any road.

What do you think? Does reducing the speed limit mean safer roads and more patient drivers?