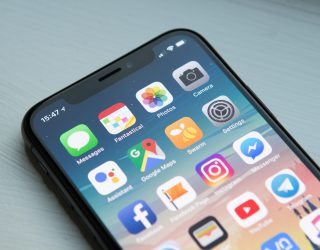 Google Maps Street View has captured one unlucky truck driver in the US whose day didn’t go quite to plan.

It has caught the aftermath of an accident in which it seems a FedEx truck driver has grossly underestimated the height of a bridge he was driving under. The images show the driver standing by the side of the road on his phone next to the truck which has been almost completely destroyed.

Almost the entire side of the truck has been ripped off and is hanging to one side of the vehicle and the roof of the trailer is completely missing.

Looking at images on Google Maps Street View of the bridge in question shows that the height of the bridge is very clearly labelled. It is unclear why the driver thought his truck would fit under it.

Of course, the FedEx driver is certainly not the first motorist to have been caught on camera after an accident – and he won’t be the last. Let’s just hope any future incidents will be slightly less dramatic.