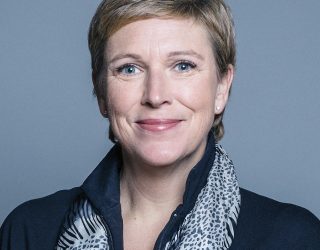 The war of words over the UK’s HGV driver shortage has stepped up a gear with a transport minister accusing hauliers of being ‘complacent’.

Baroness Vere said that the government’s move to extend HGV driving hours was not a ‘long-term solution’.

However, she says that the haulage industry has known for some time that the lack of drivers was a growing problem.

She made her comments in a House of Lords debate and called for the industry ‘to step up’.

HGV drivers were seen as heroes

Baroness Vere acknowledged that during the pandemic, HGV drivers were seen as heroes and said that the government had suspended the HGV levy on 1 August last year.

She said that this move had saved the haulage industry in the UK ‘millions of pounds’.

The transport minister added that the government was striving to ease the HGV driver recruitment problem, but it needed the industry to work in partnership with them.

‘Conversation with the haulage sector two years ago’

Baroness Vere said: “I have been the roads minister now for two years, and I had this conversation with the haulage sector two years ago.

“It was very clear then that foreign labour would not be available to it. It has known that this was coming down the track.”

She said: “We have listened to the industry and work alongside it. For example, on HGV testing, I have doubled the number of tests every week from the pre-Covid level. We are doing everything we can, and we need the industry to work in partnership with us.”

The move to extend HGV driver hours was criticised by the Unite union, the Road Haulage Association and Logistics UK.

The Road Haulage Association (RHA) said that amid a national delivery crisis, the move to extend driving hours is a ‘sticking plaster’.

The extension of HGV drivers’ hours saw the union Unite saying they needed to see more details of the plan and Logistics UK said the plan would add more pressure for drivers who are being stretched to the limit.

Now, Jeremy Woodcraft, a transport lawyer with Keystone Law, said that the relaxation of HGV driving hours should not be seen by employers as an opportunity for them to compromise on road safety by making their drivers work longer.

New rules must be adhered to

He says that the government is making it clear that hauliers must ensure that the new rules must be rigidly adhered to.

Mr Woodcraft said that while the relaxations will extend the availability of drivers, the issue does create some challenging problems for employers.