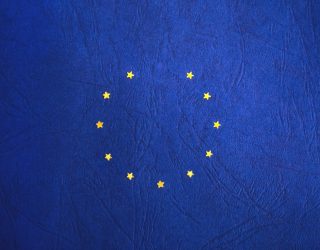 The Freight Transport Association (FTA) and Road Haulage Association (RHA) have been voicing their concerns about the lack of progress in the Brexit negotiations.

They’re certainly not alone in their concerns, but it highlights the far-reaching implications of a no-deal outcome.

From a road freight industry perspective, if the UK leaves the EU without a deal, there could be serious repercussions – from long delays at Dover and other ferry terminals, to drivers being stopped getting goods to their destinations.

The trouble is, there are still so many unknowns surrounding Brexit, says RHA’s chief executive, Richard Burnett. He is asking questions such as: Will EU citizen ID cards still work? And how extensive will the new customs controls be?

The RHA has issued guidance on how operators can prepare for Brexit, although with no concrete information about the deal, the document can only go so far in providing useful information.

The FTA has taken a more direct approach, saying its confidence in the Government’s ability to get the best deal is deteriorating. Fast.

“Of the eight demands made in FTA’s list of essentials to ‘Keep Britain Trading’ issued at the beginning of the year, not a single one has been progressed.

“We still don’t know if we will be able to employ the 43,000 truck drivers in the UK that are nationals from another member state – that’s 13% of our driver workforce.”

He went on to point out that even though ‘frictionless’ trade has been promised, trade talks haven’t even started – let alone any special agreements reached.

Until concrete plans are in place, logistics businesses cannot answer customers’ questions about how goods will be moved post Brexit.

The industry is growing increasingly frustrated about the lack of progress. And it seems likely that it will be the freight industry that will be left to pick up the pieces if politicians fail to reach an agreement. As Hookham says: “No doubt we will face the unwarranted ire of consumers and businesses if goods cannot be delivered on time.”

Much of the problem comes from the fact that some politicians are overlooking key questions, simply because they feel it would not be in the EU’s interests to impose certain rules. But considering so much political rhetoric over the years has been based on the EU’s obsession with rules and bureaucracy, it is irresponsible – not to say hypocritical – to assume that this will suddenly change in March 2019.

Until now, the main focus of Brexit discussions has been on what the new customs arrangements will look like. However, the real issue is going to be the lack of permits allowing trucks carrying goods to travel in Europe.

Hookham concluded by stating that even the Government doesn’t seem to be holding much hope for a positive outcome. “With ‘Armageddon’ scenarios apparently being developed by Whitehall to cope with a No Deal Brexit next March, even the Government seems to think it may be all over!”

What’s your view? Is post-Brexit Britain destined to become an endless series of road blocks at the UK’s ports?