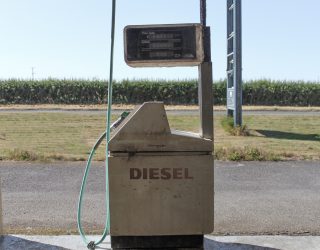 The Road Haulage Association (RHA) is urging the government to delay a red diesel ban that is set to come in from 1 April.

Instead, they say, the government should have a phased approach for the introduction of the red diesel fuel ban.

The RHA says that failing to do so will cost small businesses and hauliers £1.4 billion.

And, they warn, hauliers are facing ‘crippling cost pressures’ as they deal with the after-shocks from the Covid-19 pandemic and Brexit.

The red diesel fuel ban, which is part of the country’s new air-quality laws, is leading to growing concern within the logistics sector.

Under the ban, the rebate for red diesel will be removed by HMRC for most sectors.

Rod McKenzie, director of policy and public affairs at the RHA, said: “UK hauliers have done a heroic job in keeping the economy running during the Covid crisis.

“Punishing them with a red diesel hike tax is damaging to their business and we urgently call on the government to reconsider this move.”

Members are struggling with driver shortages

The RHA said its members are struggling with driver shortages and increased wage and fuel costs.

They say that the operating costs for a 44-tonne truck have risen by 17% over the past year and there has been an 18% increase in driver wages.

The RHA says: “Small hauliers operating on thin margins simply cannot cope with the added pressure of the loss of the red diesel rebated fuel in April which would add over 1% in running costs for a lorry.

“Despite severe financial challenges, hauliers across the country have remained focused on delivering a resilient supply chain. Government must now support them as they grapple with rising energy prices and high inflation.”

Costs to increase when the red diesel rebate ends

The Cold Chain Federation is also urging hauliers to finalise their preparations for their costs to increase when the red diesel rebate for Transport Refrigeration Units (TRUs) ends.

The Federation represents businesses which store and distribute chilled and frozen food, pharmaceuticals and other products.

It says these businesses have worked tirelessly to serve the nation through two years of crises and are now facing imminent increases in fuel costs after the Government reneged on its promise to support the transition away from using diesel for refrigeration on transport vehicles.

The Cold Chain Federation has been advising its members to plan well ahead to mitigate the rise in fuel costs, and for those running cold storage or manufacturing to ensure that machinery such as backup generators and processing plant comply with the new rules.

Cold Chain Federation policy director, Tom Southall, said: “The changes to Government red diesel regulations mean hauliers transporting chilled and frozen products will have to pay more than double to power the tens of thousands of fridges that manufacturers, retailers and consumers rely on to keep food safe and prevent waste across the supply chain.

“We estimate this change will add up to £100m in additional cost to the supply chain.”