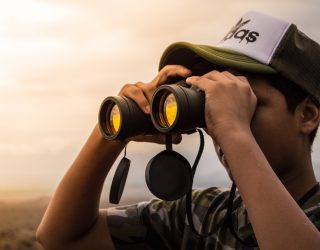 Everyone should have a hobby. Some people are into competitive dog grooming. Others like to take to the streets at night to correct grammatical errors on shop fronts.

Who’s to say what we should or shouldn’t do in our spare time?

So, as a community of truckers, I think it’s only right we say thank you to our very own group of enthusiasts: the truck spotters.

Like trainspotters and bird spotters, this is a group who are passionate about what they do – and what they see on our roads.

The Eddie Stobart Spotters Fan Club Facebook page, for example, has 7,782 followers and boasts celebrity spotters including Jools Holland and Lee Westwood. The distinctive green and red trucks are a mainstay of British motorways, each bearing a unique female name.

Other companies have jumped on the make-your-trucks-unique bandwagon, including Virgin Media who launched their super vans in 2012, with names include Jean-Claude Van Damme, Rip Van Winkle and Obi Van Kenobi. (See what they did there?!)

Staying on the movie-theme, J Davidson in the north-west of England has gone a step further with its fleet of trucks covered in Hollywood and video game imagery. The airbrushed images cover James Bond, Die Hard and The Terminator, as well as graphics from the Burnout video game. It’s hard to miss Bruce Willis as John McClane, grimacing at you as you drive by.

There’s also LorrySpotting.com. Here, spotters can share new spots and photos, competing with one another over who’s seen the best or rarest rigs.