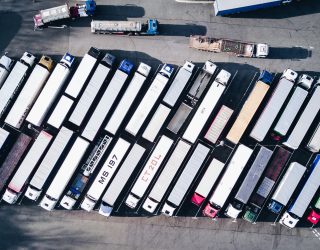 Driving a truck is one of the most amazing (and essential) jobs in the world. It’s the kind of job that no-one wants, but everyone wants. On one hand, we’re out on the open road without the constraints of 9-5 working hours. But that also means long periods of driving alone and a fairly sedentary lifestyle.

There’s also the fact that without truck drivers, economies would grind to a halt. In delivering everything from beer to laptops, we help the world go round.

So why is it that other drivers give us so little thought? (Until they get stuck behind a lorry on the motorway, that is).

Here’s a few things every truck driver wishes other drivers knew too.

1 Just because there’s a gap in front of me, that’s not an invitation to pull into it
Most people are clueless about the stopping time and distance of a truck (it can be up to the length of a football pitch, in case you’re not sure). Plus, if we need to hit the brakes too hard or too often, our brakes can be depleted, meaning it is harder for the truck to stop.

2 Blind spots: the clue’s in the name
If only every driver knew that tucking themselves behind the trailer or next to the driver’s door was a bad idea… However much we adjust our mirrors to minimise blind spot areas, there are still going to be areas we simply can’t see. In an ideal world, you would stay behind the truck (at a safe distance). Maybe one day…

3 Wide turns are a fact of life
Long trucks need space to turn corners. And when we’re making those manoeuvres in cities, it’s no joke. Overtaking when we’re positioning ourselves to make a turn is dangerous.

5 Headlights are used to communicate
Just because we’re flashing our headlights at you, doesn’t mean we’re mad. We’re probably just communicating with another truck driver. We like to show respect to other long-distance drivers – and any driver that shows consideration on the road.

6 We see everything
Trucks are taller than cars. And that puts us at a higher vantage point. So why is it that we end up seeing all sorts of weird stuff taking place in moving vehicles? Naked drivers or those peeing in bottles are the least of it. Sex, drugs, and falling asleep probably sums it up…