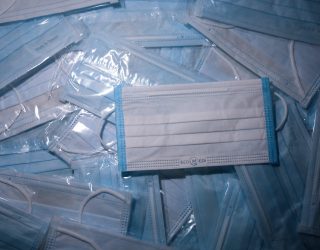 The shortage of HGV drivers in the UK is being exacerbated by the ‘pingdemic’ as drivers are forced to self-isolate after ‘pinged’.

That’s when the government’s Covid app alerts users that they have been in close proximity to someone with Covid and they have to remain at home.

However, this is government guidance and is not legally mandated – unlike someone who has been contacted by the government’s test and trace system.

As result, retailers and hauliers are being hit by staffing shortages.

Pingdemic is adding strain to the country’s supply chain

The Road Haulage Association says the pingdemic is adding strain to the country’s supply chain with growing numbers of firms experiencing problems with staff being told to self-isolate.

The organisation’s Rod McKenzie said that the government must change the rules that will enable commercial vehicle drivers who have been pinged by the Covid app to continue working – if they have received two Covid-19 jabs and can produce negative Covid tests.

The RHA points to research from the Department for Transport that highlights that HGV drivers spend most of their day alone while in their lorry’s cab and just 0.02% of drivers have tested positive for Covid.

The British Retail Consortium says the government needs to act in a bid to resolve the growing crisis.

They say that the country’s supply chains are now starting to fail with growing numbers of workers, including reprocessing staff and lorry drivers, being pinged by the NHS Covid app.

The BRC says the government needs to change the self-isolation rules in a bid to address the problem.

The organisation’s director of food and sustainability, Andrew Opie, said that suppliers and in-store staff must be allowed to work even if they receive a ping alert to self-isolate for 10 days.

Mr Opie said: “Government needs to act fast. Retail workers and suppliers who have played a vital role throughout this pandemic, should be allowed to work provided they are double vaccinated or can show a negative coronavirus test to ensure there is no disruption to the public’s ability to get food and other goods.

“With community cases soaring, the number of healthy retail staff having to self-isolate is rising fast, disrupting retail operations.”

In the week up to 7 July, more than 500,000 people were pinged by their Covid app – leading to growing fears that millions of people could be forced out of work.

Shoppers are also being warned that food stocks might be running low with Co-op, Sainsbury’s and Tesco saying they are facing shortages because of the pingdemic.

Some shoppers are posting images on social media of empty shelves in some supermarkets.

The government has now announced exemptions for some workers who are playing a critical role.

This list of occupations is currently ‘being put together’ and is likely to include HGV drivers.