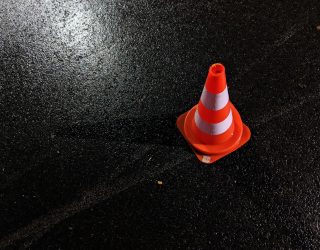 HGV drivers are being urged to remain vigilant as the number of cargo thefts continues to rise.

According to data from the freight division of the National Vehicle Crime Intelligence Service (NaVCIS), more than 60 cargo thefts had been reported to police in the first three weeks of January 2021. Goods stolen during those crimes amounted to a total of over £1 million.

One of the incidents, which took place on 4 January, involved a large volume of expensive wine being stolen from an HGV in Basildon, Essex. On 9 January, another group of thieves stole a trailer and valuable exercise equipment in Wakefield, Yorkshire. And a third saw a number of designer shoes being taken during a theft on 13 January from an HGV parked at a service station on the M62.

A total of 62 thefts from HGVs had been reported to have taken place between 1 and 20 January this year. The average value of the goods stolen in each incident was £17,741.

According to NaVCIS, the number of jump-up thefts (when thieves break into HGVs waiting at traffic lights or in road congestion) is also on the rise. This is proving a particular problem in London and the South East, with 35 incidents reported between 1 December and 20 January.

Speaking about these levels of HGV driver-targeted crime, Tom Cotton, RHA head of licensing infrastructure policy, said: “Operators must train their drivers to be vigilant. Drivers should always be aware of who is following them and to look out for mopeds or scooters that may be following them as these are often used as scouts for the thieves.”

He continued by saying that if in any doubt, HGV drivers “should not hesitate to call 999.”