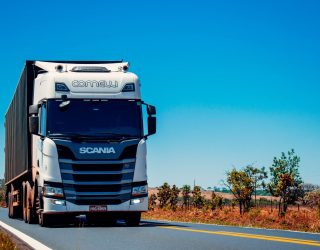 What is the difference between HGV or LGV training terms?

The Short term answer would be, there is no particular difference between HGV & LGV licence, which means both terms are the same. (HGV) – Heavy Goods Vehicle happens to be an old term & (LGV) – Large Goods Vehicle is the latest term used by European Union. But, since the history of licencing vehicles, these terms state some facts to clear the confusion, let’s find out where the HGV or LGV terms originated from.

Just as the word ‘Licence’ with ‘c’ is a UK convention for nouns rather than ‘License’ with ‘s’ which is a verb in the US, the terms HGV or LGV are nothing but conventions abbreviated through time.

LGV abbreviations can be quite confusing as it also refers to Light Goods Vehicles ranging from pickup trucks & vans carrying a gross weight of 3,500kg and below which can also be driven with a standard category – B car licence entitlement. Whereas, (HGVs) – Heavy goods vehicles are attributed to cover all the commercial vehicles with a featured gross combination weight of 3,500kg and above including flatbeds, Lutons, box vans & dropside trucks, etc.

If we can drive HGVs with above & below weight mass, then why do we keep seeing different licence categories? In simple terms, the reason is European tax laws were altered in 1992. it’s fair to abbreviate both vehicles to ‘LGVs’ – Large Goods Vehicles but, since the UK government presented the new road tax laws, Large Goods Vehicles were referred to as HGVs to categorize vehicles for tax justification.

The Catagory mainly differs from the vehicle’s core features that are the size, mass, engine, fuel type, and emissions to edict how much tax you need to pay. Therefore, the term HGV is simply an alternative way to describe Large Goods Vehicles to fundamentally avoid the confusion between both when it comes to tax evaluation.

So, which term should you consider while licencing?

Here at FleetSpeak, we aspire to help the new drivers to navigate through the fleet industry. If you want to get the preferable licence for your professional driving career or a living job but still having trouble figuring out such terms, don’t hesitate to leave us a reply in the comment section below.

You can also contact us at [email protected]. Meanwhile, you can explore the site for getting more information on topics covering the latest FleetSpeak News & Content.

hgv and lgv hgv or lgv difference lgv or hgv