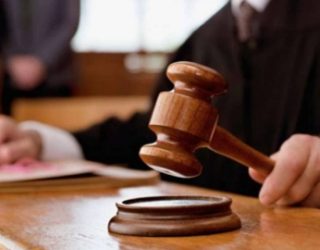 Parking charge tickets enforced by the UK police are known as the Fixed Penalty Notices (FPNs) and are allotted under the criminal justice act.

If you happen to find yourself in this situation, the police forces are not in power to make the offenders pay the charge in the act. Instead, a local adjudicator’s court justifies the penalty charge notices.

With a request to the type of vehicle, the penalty charge notice (PNC) ticket is payable by the operator of the fleet & the person controlling the fleet under the act of infringement of the lorry control order.

You can also pay the penalty charge online by simply entering the PNC number and your vehicle registration number you’ll find on the ticket & press pay my PCN to make the payment.

The charge should be paid within 28 days (starting from the date of the notice). It’s beneficial to remember if the authority receives the payment within the first 14 days, the offender only has to pay half of the total penalty.

Suppose the charge is delayed over the notice period or has not been made after the notice period. In that case, the owner will be issued a formal notice including the details obtained from the DVLA noticing the due payments or a local court hearing.

If the notice is further ignored, the penalty will be defined and registered as a fine to the offender, and the court will order to pay one and a half times the prior charges.

Suppose the driver/offender does not abide that the parking offence has been committed or is primarily misguided. In that case, they can raise an informal objection by sending a letter to the nearest central ticketing office. If further rejected, the driver will be summoned for a court hearing.

If you think you are not liable or should not have to pay the charged penalty legally & without breaking the law, Here’s how you can raise a representation and practically skip the charges.

The representation is considered an opportunity to explain to authorities why you think the penalty charge notice is incorrectly served. You can make a representation after getting a Notice to the Owner (NTO) related to an outstanding PCN.

The representations are usually raised within 28 days of the date of the registered penalty, so here are some things to keep in mind while making representations.

If all the above points are satisfied, a notice of acceptance will be given to the driver, and no further actions will be taken. Now the driver is not obligated to pay any charges furthermore.

If the representation is denied, the offender should pay the penalty charge or appeal to the adjudicator.

Note: Late appeal might get denied, so it’s suggested to explain to the adjudicator about the situation clearly to accept the appeal.

What is a charge certificate?