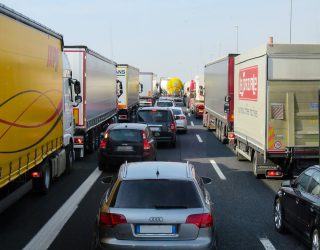 The Freight Transport Association (FTA) has released a statement to assure drivers that HGVs have a robust safety record and have never been more motorway-safe.

This move was prompted by the publication of a survey by road safety charity Brake, which found drivers were feeling increasingly anxious about the growing number of lorries on motorways.

In response to these findings, Christopher Snelling, head of UK policy at FTA stated: “The driver perceptions Brake has focused on are not reflective of reality. In fact, in the last six years the number of people killed or seriously injured in incidents with HGVs on motorways in Britain has reduced by over 15%.”

He went on to confirm that the amount of freight being transported on UK motorways had only just reached the pre-recession levels of ten years ago. The same story is seen across much of Europe.

“We want to take this opportunity to reassure motorway users that safety is the number one priority of the HGV industry,” said Snelling.

Across the board, research shows that HGV motorway traffic has only increased 2.6% in 11 years and the number of accidents involving freight vehicles fell 3.2% between 2007 and 2016.

Does it feel like there are more HGVs on the roads?