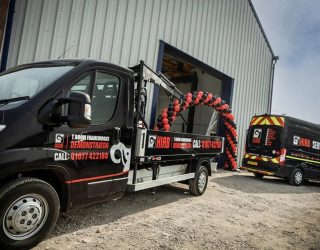 Crane manufacturer Hiab has revealed that it is to push ahead with plans to expand its Authorised Service Centre (ASC) network in the UK.

The firm says it will do this by developing closer working relationships with strategic partners across the country.

Hydraulic Fleet Solutions (HFS) in Croydon is the newest addition to the official ASC list, which will benefit owners, operators and dealerships in South London.

The launch means Hiab is the only company to offer two ASCs within the M25, and the only ASCs North and South of the River Thames.

The latest venture in Croydon forms part of ambitious plans to open Hiab service centres in all key UK locations with further expansion plans to be revealed in the coming months.

Paul McCabe, Hiab’s service manager for the UK and Ireland, said: “This is about developing a healthy balance between direct and indirect support from Hiab to our customer network.

“We want to open service locations in all key areas but that is not something that we can do alone.

“By developing key partnerships like HFS, we can speed up our growth and it also brings countless benefits to the companies we partner with. It’s a win-win situation.”

He added: “In just over a 100-mile radius, we have four ASCs but there’s still work to do in the London area and southern part of the country.

“It’s great to see one of our partners expanding their operations in this way and we would encourage other partners to do the same.”

In addition to access to genuine Hiab parts, support for partners comes in many forms including compliance, auditing, training and marketing.

Ian Mitchell, the firm’s director of sales and service, said: “One of the best ways of protecting your investment in Hiab equipment is to have it looked after by a Hiab-trained engineer.

“As part of our partnership agreements, we insist that our partners maintain the highest level of standards that customers have come to expect from our brand.”

He added: “We will continue to work with HFS, and other strategic partners, to grow the Hiab footprint so that customers can gain access to service engineers in the shortest possible time to minimise any downtime and keep companies operational.”

Meanwhile, Hiab has announced that its first iQ.1188 HiPro crane has been delivered to a customer in the Netherlands.

With nine extensions on the second boom, another six on the 155Q JIB and one manual extension it has the longest reach in its class.