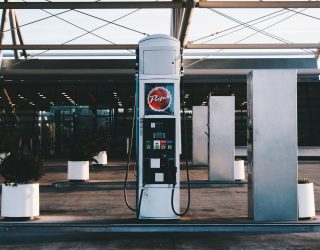 With reports that UK Chancellor, Rishi Sunak is considering raising the fuel duty by 5p per litre, it’s not just the nation’s drivers who will be impacted. Logistics businesses – and the wider economy – would also feel the pressure.

Rumours currently circulating in the media suggest that a fuel duty rise could be included in the Autumn Budget. If it goes ahead, it would end the ten-year fuel duty freeze and add an additional 3p on top.

Speaking about these rumours, Elizabeth de Jong, Director of Policy at Logistics UK highlighted the concerns the company has about industry repercussions.

She said: “Logistics businesses have worked tirelessly during the pandemic to ensure the nation is supplied with all the goods and services it needs, all while operating at very tight margins and facing severe economic difficulties.”

She continued: “A fuel duty rise would be a huge blow to their recovery.”

Research has revealed the extent to which this would impact drivers. A truck driver, for example, covering an average of 70,000 miles a year would see an additional £2,000 added to their annual fuel bill.

Even someone driving 10,000 miles a year in a small hatchback would face a yearly £68 increase.

Recognising that the 5p increase was currently only speculation, de Jong pointed out that the ongoing uncertainty about the future meant the timing of this potential announcement was far from ideal.

She explained that the rise, “would increase operating costs significantly at a time when margins are most stretched and cash flow is a real problem for many businesses.”

As well as drawing attention to the fact that “the UK already pays one of the highest fuel duty rates in Europe,” de Jong also made it clear that Logistics UK wants a freeze on diesel and petrol fuel duty.

She added that this was, “in addition to a reduction in fuel duty for cleaner, lower carbon fuels to support the transition to a zero-emission industry.”