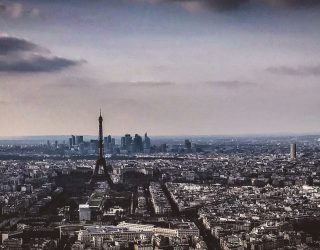 This year’s heatwave has been a blessing and a curse. Long, balmy summer days are great – unless you need to get stuff done. And when I mean stuff, I mean getting freight from A to B by road.

With prolonged high temperatures leading to higher levels of pollution, some cities chose to take action. The excessively hot conditions in Paris, for example, led to a two-day ban for trucks over 3.5 tonnes because of reduced air quality. The ban covered the city’s low emissions zones and banned vehicles with Crit’Air badges 4 and 5 or any vehicle without a vignette.

High ozone levels across the city created a build-up of pollutants leading to the ban to be implemented. Only petrol engines registered from 1997 and diesel passenger cars registered from 2006 were permitted to enter. Trucks needed to be registered from 1 October 2009 (EURO 5) in order to drive within the low emission zones.

The bans were decided at short notice due to the rapid increase of pollution in the French capital and fines for anyone breaching the rules were up to €375.