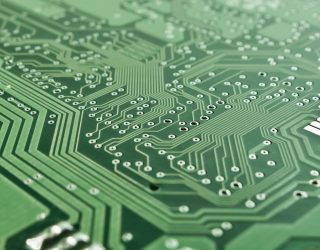 If you look in a certain direction, the future of trucking could potentially feel a little bleak. With the advent of automation and the endless commentary on potential job losses, keeping optimistic is a challenge which we all face.

We know we need to embrace technology – but not if it’s going to steal our jobs.
However, lets not be too hasty. It is becoming clear that not all narratives are the same. For example, new research from Uber suggests that self-driving technology could lead to an increase in trucking jobs as more self-driving trucks appear on our roads.

So let’s take a look at some of the technology that is transforming the trucking industry – in a good way.

1 Autonomous vehicles
No longer science fiction, self-driving trucks are a reality – at least in part. We are still a long way away from fully autonomous trucks (without anyone in the cab) on our roads. This is because drivers do so much more than simply drive a truck in a straight line down a motorway. They move axles, check brakes, fix faults, and speak with other human beings. Some argue that self-driving trucks may even make drivers’ lives better. I guess it does mean one less thing (on a long list of things) to do.

2 Mobile apps
Google Maps might get the majority of the world from A to B, but for truck drivers it doesn’t quite deliver. Luckily, there are various mobile apps that are designed specifically with truckers in mind. Going far beyond simple map functionality, they offer users info such as latest petrol prices, real-time road conditions, truck stop locations, and route calculations based on the size and weight of a vehicle. They can also track driving hours, meaning drivers stay safe and avoid tiredness violations.

3 Big screens
Samsung is working to make trucking safer. It has developed huge screens that are installed on the back of trucks, giving a view of the road ahead to anyone behind. Still at prototype stage, these screens make a truck invisible, allowing (let’s be honest, impatient) trailing drivers the chance to make informed decisions about whether or not to overtake on a long, winding, wet two-lane road.

4 GPS devices
The GPS devices installed on trucks today tick a lot of boxes. Trailer tracking, for instance, helps keep tabs on trailers (especially useful in high-theft areas), manage trailer utilisation, keep tabs on maintenance, and saves drivers the stress of locating a trailer among hundreds of others. These devices can also make sure drivers are safe behind the wheel by monitoring speed and braking.

5 Uber for…
It’s a phrase that has been used to death, but ‘Uber for [insert word of choice]’ has reached trucking. Cloning Uber’s highly disruptive business model, these on-demand apps help connect shippers with carriers who have space to haul additional loads. ‘Uber for trucking’ apps mean no more freight brokers and reduce the number of ‘empty miles’ drivers clock up.

6 Blockchain
There have been rumours for some time, but it’s becoming clear that Bitcoin’s blockchain technology has a number of uses in the trucking industry. With new vehicles being designed to communicate with the world around them, we may see transactions being carried out using ‘smart contracts’. This could mean, for instance, thanks to sensors on the truck waiting periods would no longer be queried as detention charges would automatically be applied to payment.

What’s your take on these emerging technologies? Are we being too optimistic in our outlook?