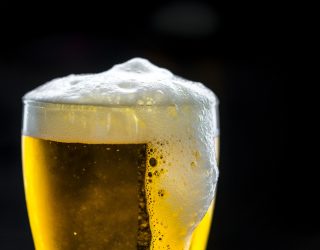 Think you know how to spot someone with a drinking problem? Sometimes it’s not as easy as it seems.

Lots of people talk about the UK’s drinking culture – we drink to relax, to socialise and to spend time in our local pub. But, we all drink in different ways and to different degrees, which can make spotting a drinking problem in someone else a challenge.

According to research, Brits get drunk more than everyone else in the world (on average, once a week). But how does that translate into drink driving statistics?

Drink driving: The reality of drinking when you drive for a living

It’s not easy keeping up appearances when you have a drink problem, whether at home or at work. But when you drive a truck for a living, the idea that you can hide a drink problem feels downright dangerous.

The majority of truck drivers know that alcohol doesn’t mix with work. Most will be mindful about drinking the night before a shift and only a small minority would risk having any alcohol in their blood when they get behind the wheel.

It all comes down to alcohol limits. Even if you have a few pints with a meal the night before driving, that may be too much. According to Drinkaware chief medical adviser Dr Paul Wallace, being over the drink driving limit in the UK depends on three things: “The amount you consume, over what period of time, and the speed at which your body gets rid of it.”

Drinking in the evening and then not leaving enough time before driving to work could leave you over the drink driving limits. Different people process alcohol at different speeds, and there’s absolutely nothing you can do to speed up that process. A coffee and a cold shower might make you feel better, but they won’t reduce your blood alcohol level.

How to spot if a driver has a drink problem

When someone has a drink driving problem, they will do everything in their power to make sure they don’t get found out. Colleagues and employers are often blissfully unaware that there is an issue.

But even the most cunning of alcoholics will sometimes slip up. If you suspect someone close to you has a drink problem and is getting behind the wheel, you need to take action.

Alcohol misuse is often linked with higher levels of unauthorised leave. If you notice that one of your colleagues often calls in sick or doesn’t show up for work, take time to check in with them and make sure they are OK.

Alcohol can make the most laid-back individual much louder and argumentative. Not always, but some of the time. If you feel like a colleague has become more confrontational and involved in more arguments, it might be fuelled by alcohol. Speak with the individual first, and if you are still concerned, talk to a manager.

Alcohol makes you clumsier. However much someone tries to hide it or however high their tolerance, there will be tell-tale signs. Of course, it might just be that someone is clumsy, so don’t make accusations before you have enough evidence.

The facts about drink driving in the UK

Figures from the World Health Organisations and the Department for Transport reveal that while fatalities from drink driving decreased in the five years up to 2018, the number of people seriously injured due to a driver being impaired by alcohol increased by 12.7% during that same period.

People are still getting behind the wheel when they are over the legal drink drive limit in the UK. Make sure you or your colleagues aren’t one of them.