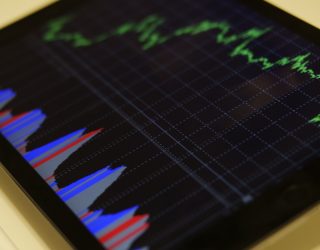 When telematics first appeared, many suspected it would just be insurance companies that showed an interest. However, the logistics industry has embraced the technology too, keen to make the most of its real-time, remote monitoring capabilities.

As a result, we could be entering a new age of trucking in which roads are used like railways and users bid to gain access to a particular road at a particular time for a particular price. And when under-utilisation of assets in the European trucking industry is estimated to cost hundreds of billions of euros each year, any technology that can help is grabbing industry attention.

The EU has set 2050 as a target to create an efficient, interconnected logistics system that operates as a “physical internet”. Its vision is that goods are shipped on shared resources according to how much space is available. It’s been likened to an email being pinged across continents via servers (I guess I see the comparison).

Telematics is central to the EU’s vision because of its ability to feed information about container space, ETAs, break schedules and the temperature of refrigeration units, as well as its ability to move vehicles around more efficiently.

For fleet managers, the ultimate aim is to add value – and integrated data allows them to do that. Whether through platooning (where a series of trucks follows one another at close distances) or through meaningful information about vehicle performance, location, and fuel levels.

But I wonder whether there is another, more selfish, reason telematics is being so well received. One in which fleet managers are only notified when there is a serious problem that needs solving.

Or maybe that’s just the cynic in me…