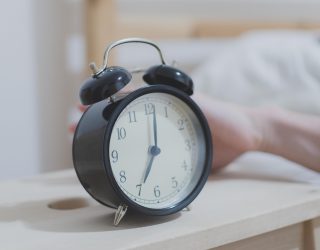 At the end of last year, the European Union ruled that truck drivers are entitled to a proper break and should not have to make do with a quick kip in their cab when they get the chance.

Under the new rules, drivers must have at least 11 hours rest a day and a regular weekly rest time of 45 hours. However, this ruling has brought with it some debate. Many EU countries are enforcing this regulation with heavy fines – some more substantial than others.

In Belgium, the Netherlands and the UK, for example, hauliers breaking the rules face penalties of between €1,500 and €1,800. Meanwhile, in France, failure to comply with the regulations can result in the driver and carrier facing a one year prison sentence and a penalty of €30,000.

The main motivation for the 45-hour rest rule is the health and safety of drivers. And for good reason. There is endless research confirming that tiredness behind the wheel can be deadly. A recent anonymous study conducted by the British trade union Unite reveals that 29% of professional drivers admit to having fallen asleep at the wheel while driving.

The survey questioned more than 4,000 truck drivers, of whom 64% blamed their tiredness on work – namely, long days and insufficient rest periods.

Speaking about the findings, Adrian Jones, national officer at Unite, stated: “Companies are continually forcing drivers to work longer, as they are obsessed with the ‘just in time’ delivery model. This can inevitably lead to tragic consequences.”

EU data from 2014 shows that heavy trucks accounted for 11% of the vehicle fleet in Europe, but were responsible for 15% of deaths on the road.

The EU drivers’ hours rules state that truckers “must take an unbroken rest period of 45 hours every week.” This rest period must be taken in a formal rest area, such as a truck stop or service area.

Don Trucking wants drivers to make the most of the 45-hour rest rule. The company, with offices in the Netherlands, Germany and Poland, is investing in hotels designed specifically with drivers in mind, providing meals, beds, gym equipment and entertainment for weary truckers.

Long hours on the road, tight deadlines and pressure from employers all play a part in truckers’ tiredness.

Some companies offer incentives for deliveries made ahead of schedule, thus creating a greater temptation to drive tired. However, this isn’t the rule for all hauliers. Many companies are supporting their drivers to put their well-being ahead of deadlines.

If you feel tired, can’t remember the last few miles driven or are drifting into other lanes, it is vital that you pull over and sleep. Caffeine and energy drinks are not a solution – a good sleep is the only thing that will keep you (and others) safe.

How are you finding the reality of the 45-hour rest period? Is it having an impact? Or are the rules being broken?