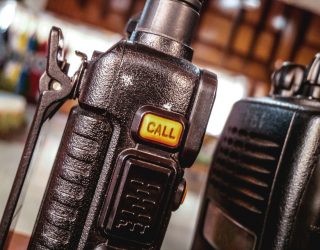 Smokey and the Bandit-style CB radio may not be as widespread as it once was, but plenty of truckers still know the lingo.

So perhaps Travis Kalanick, Uber’s ousted CEO, should have chatted with one of those truckers before he announced the name of his new investment fund.

The new fund is “called 10100 (pronounced ‘ten-one-hundred’)”, he informed us. Cue endless chuckling from the trucking community.

Sorry, is he talking about an investment fund or a toilet break? He’s got to be taking the p*ss, right?

We can only assume this was unintentional on Kalanick’s part and that he didn’t mean to link his new business venture with taking a leak in a truck stop.

It’s probably his attempt to make a fresh start and leave his tarnished Uber image behind. Tim Bradshaw, a reporter for the Financial Times, has suggested 10100 is a reference to the “street address of Travis’s childhood home.”