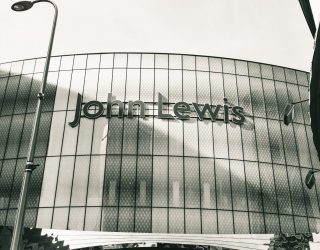 In a bid to tackle the UK’s lorry driver shortage, John Lewis and Waitrose have revealed that their HGV drivers will enjoy a £5,000 annual pay rise.

The move has been made to avoid empty shelves and delayed supplies with new recruits also being offered a £1,000 ‘golden hello’ each – but only if they join before November which is ahead of the firm’s festive peak trading period.

The John Lewis Partnership says it will increase the annual pay for its 900 drivers by £2 an hour which equates to £5,000 a year.

They say that while shift patterns vary, the average driver’s pay for Waitrose and John Lewis will be around £45,000 per year.

Opportunity to retrain as HGV drivers

The organisation has also revealed that it is offering its other employees the opportunity to retrain as HGV drivers.

The firm’s director of supply chain, Mark Robinson, said: “We’re responding quickly to the national driver shortage by ensuring our drivers are paid competitively and by investing in training for the future.”

He added: “There’s never been a better time to get behind the wheel for Waitrose and John Lewis.”

It has also been revealed this week that other firms are also offering £1,000 signing on fees for new HGV drivers.

They include Aldi, Marks & Spencer and Tesco but the Road Haulage Association (RHA) says these are temporary fixes that do not resolve the HGV driver shortage crisis.

The RHA is predicting a shortage of 100,000 drivers and says that the current driver recruitment crisis will take 18 months to resolve.

And one HGV driver has been speaking to The i newspaper.

Chris Holloway says there are deeper issues within the haulage industry and that most people do not want to do the job.

“I know one company that is giving their drivers £100 a month [extra] so they don’t leave. The agency rates have gone through the roof… I think (firms) will throw a bit of money at it, it will blow over and then we’ll be in the same situation in 12 months’ time.”

The 43-year-old also confessed that while he enjoys driving, he doesn’t like the working hours, or the way people speak to him and is actively looking to leave the industry.

The newspaper also spoke with former HGV driver Les Twitchen who left the industry in 2020.

20 years as an HGV driver

He racked up more than 20 years as an HGV driver and said that most people ‘look down on lorry drivers’ and they believe it’s a job being done by those who ‘did not do well at school’.

He says there’s a big difference in the way lorry drivers are seen in other European countries.

He explained that in Germany, Italy and France, lorry drivers are seen as an essential part of their economies and people are usually pleased to see HGV drivers when they turn up.

Another driver spoke anonymously to the Financial Times saying that drivers’ wages have been stagnant for 20 years.

He added that in some cases, wages have been reduced – particularly after the influx of cheaper Eastern European labour.