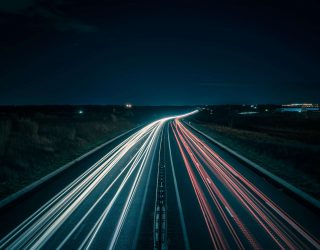 JSP Hauliers in Manchester has taken delivery of its first New Generation DAF truck – a DAF XG+ 530 FTG – as part of an expansion programme.

This project will see a further five New Generation DAF XFs arriving in the coming months.

And, as with the rest of the haulage firm’s 22-strong fleet, the XG+ and forthcoming DAF XFs will be fuelled with HVO (Hydrotreated Vegetable Oil) renewable diesel.

All of the trucks are supplied by the DAF Dealer in Manchester, MOTUS Commercials.

‘Use HVO fuel in all of our trucks’

Steven Singh, who heads-up JSP Hauliers alongside his father, Jarnial, and brother, Danny, said: “It’s company policy for us to use HVO fuel in all of our trucks.

“Although it costs us more than diesel, we’re pleased to play a part in reducing our overall emissions.”

He added: “Because of the sustainability benefits, we also find that it is viewed favourably by current and prospective customers who are keen to minimise their own environmental footprint.”

The haulier says that although the truck has not yet been used on consistent long-distance journeys, it has seen an initial increase in efficiency and economy over its previous generation DAF XF fleet.

Also, the use of HVO or similar GTL (Gas-To-Liquid) fuels require no vehicle modifications or changes to service intervals.

Mr Singh said: “We were really impressed by the New Generation DAF range when it was launched, and I was keen to get one of the first examples into our fleet.

“It feels like a step above the competition, and you can tell that DAF has taken the time and invested heavily into making it an excellent all-round truck.

“It’s a great place to be – we’ve all been out in it and are very satisfied.”

The International Truck of the Year-winning New Generation DAF XF, XG and XG+ have seen a raft of design, safety, comfort and efficiency transformations over the earlier generation DAF XF model.

All three new cab designs are the first to take advantage of new EU masses and dimensions regulations, with the flagship XG+ outperforming every truck on the market for overall interior space with an impressive 12.5 cubic metres.

Mr Singh said: “From a driver’s perspective, the DAF Digital Vision System we opted for is without doubt one of the very best on the market.

“I’ve used a similar camera system before, and DAF’s is much better. It has been well designed and stays clear in bad weather, which is crucial.

“The interior is a relaxing but practical place for our drivers to live in when they’re away for the week.”

He added: “There are some nice touches, like two fridges and the updated microwave, as well as the centre table which has become a hallmark of the DAF brand.

“With the XG+, however, it’s the extra space that makes the cab feel so comfortable.”JSP’s DAF XG+ proudly bears the name of Steven’s mother, Wishesh, with the vehicle livery remaining a secret and revealed to her during the vehicle handover at MOTUS Commercials.