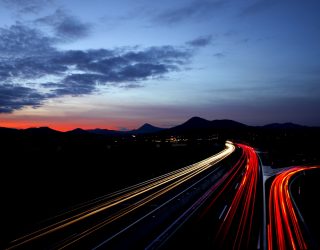 Is 2018 the year of the genius? Donald Trump is the “smartest man in the room” (according to the man himself). Bill Gates has earmarked $80 million to build a smart city. A $11,000 smart toilet will soon be on sale. And our motorways are getting smarter too.

On paper, smart motorways sound ideal. Traffic is monitored via a central control centre, which activates or deactivates roads signs and speed limits at the touch of a button. This means capacity is increased, congestion is reduced, safety is maintained, and traffic flows freely. What’s not to like?

Part of the smart motorway masterplan is vehicles use the hard shoulder during busy periods. Great idea. But what happens if you break down? ERA, that’s what.

ERAs, or emergency refuge areas, are located at intervals along the motorway and can be used by drivers who run into difficulties. The only problem is, as an RAC survey discovered, 52% of drivers don’t have a clue what they are (I’ll admit, I had to remind myself).

What features would you like to see? Let us know in the comments.