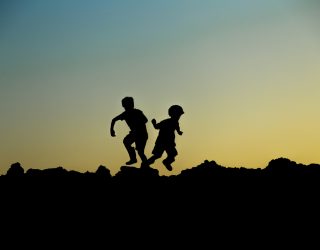 People in the UK have decided that putting ten-year-old children behind the wheel of trucks is a good idea.

Yep, you read that right. Children as young as ten years are being given the opportunity to get behind the wheel of a full-sized truck.

Why? Because children could be the answer to the driver shortage.

Leading bodies such as the Freight Transport Association and Road Haulage Association are highlighting the growing skills shortage in the trucking industry, with more people leaving the profession than joining it.

This solution, courtesy of www.trackdays.co.uk, takes an alternative approach to boosting driver numbers, with these truck driving ‘taster’ experiences.

Speaking about the idea, operations manager Dan Jones stated: “Going on a truck driving experience could be the answer to relieve the chronic shortage of lorry drivers in the UK as it gives drivers a taste of what it’s like to handle a 480 bhp beast.”

With children as young as ten years old getting to grips with the 16 gears of a heavy-goods truck (alongside an HGV instructor, of course), could we see more countries starting similar schemes?