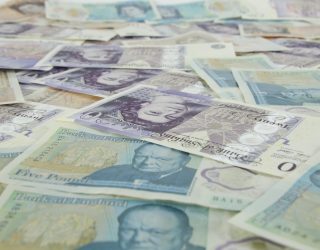 The wages for lorry drivers in the UK have seen a big jump with the Covid-19 pandemic and Brexit, the BBC reports.

According to a news report, a shortage of lorry drivers is now leading freight companies to push up wages.

The report highlights that this could increase the cost of goods in shops.

The BBC says that Brexit is being blamed by haulage firms for 15,000 EU truck drivers leaving the UK over the past 12 months to return home.

And the Covid-19 pandemic has led to 30,000 driving tests being delayed for new drivers.

Among the haulage firms speaking in the report is Avonmouth-based Wrings.

The family-owned firm says they have just handed their drivers a 25% pay rise.

A spokesman said they are keen to retain drivers and bring in new employees – but these costs will be passed onto customers.

However, some hauliers say they cannot afford to do that because customers will not pay higher prices for haulage.

Despite this, some big supermarket chains are reportedly offering drivers twice the going rate to ensure that their food reaches stores.

Another firm featured in the report covering the lorry driver shortage is Shepton Mallet-based Willmotts Transport.

They say that over the past 20 years, they have relied on a steady supply of EU drivers but since last year, that has changed.

Not only has European trade slowed down since the pandemic struck, but their drivers were furloughed.

At that point, many EU drivers returned to their home countries and their families.

A spokesman for the firm says that since Brexit, many have not wanted to return, mainly because they can earn as much in France and Germany.

One of the issues highlighted by the BBC is that since 1 January, a new immigration system came into being to prioritise highly skilled jobs.

This meant that HGV drivers were not on the list of ‘eligible skilled occupations’ – which means they are excluded from obtaining a skilled work visa.

A spokesman for the Home Office said hauliers should ‘Focus on investing in our domestic workforce, rather than relying on labour from abroad’.

Not all lorry drivers are in charge of HGVs

The report also highlights that not all lorry drivers are in charge of HGVs, with some driving lorries locally.

The reporter reveals that local authorities are also short of drivers, including those who drive wagons for bin collections.

Somerset Waste Partnership revealed that out of 180 drivers, they are 25 drivers down which means they have to either miss collections or postpone a pickup until the week after.

However, the local authority says they cannot compete to recruit drivers when wages are being increased.

One of the problems is that a council will not approve a 20% pay rise for its lorry drivers when their care staff employees are receiving a 1% pay rise.