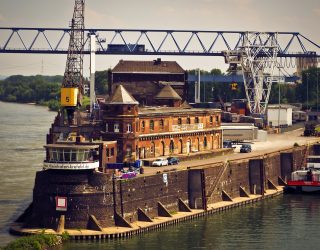 The Rhine is one of Europe’s main freight arteries, connecting the North Sea in the Netherlands with Europe’s biggest economy Germany.

However, last year a drought has meant the river’s water levels have reached record lows. This has had an impact on barge shipments and many firms are facing higher transportation costs.

Of course, this is good news for some of us.

With more companies switching from barges to other modes of transport, the trucking industry has received a welcomed boost over these last months. Companies are choosing to move containers directly onto trucks in the Netherlands and changing marine container routes so they don’t rely so heavily on the Rhine.

This shift from water to land has given trucking a lift, however the industry is dealing with its own issues. Driver shortfall is arguably the most pressing, but rising costs are also a key consideration.

Companies making changes to their logistics plans are finding truck costs are as much as 30-40% higher than barge costs.

Trucking is an essential part of our economy. But the rising cost of fuel and driver costs, combined with a lack of capacity and drivers are taking their toll.