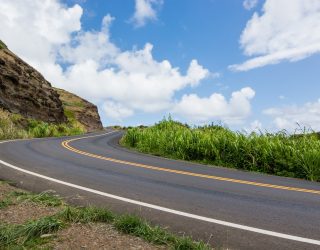 The government’s proposal to increase the maximum weight of HGVs to 48 tonnes is being seen as a positive move towards greener road haulage. It will also help progress the conversation about how the logistics sector reduces its carbon emissions and costs.

The introduction of longer trailers would certainly reduce the number of commercial vehicles on UK roads – a positive step for the environment. It would also bring a number of business benefits including an increase in road freight so truck drivers are able to move goods to their end destinations quickly and more efficiently.

Currently, UK lorries can be up to 13.6 metres in length and 44 tonnes. The new proposed length would see trailers of up to 15.6 metres, weighing up to 48 tonnes.

Trials have already taken place in the UK looking at the use of longer trailers and the benefits they bring. One trial, using 76 vehicles, reduced vehicle usage by nearly a sixth and significantly brought down carbon emissions in the process.

Another greener solution could be the use of double-decker trailers. With space for between 60% to 100% more pallets in each vehicle, the benefits include:

In a post for Fleet Point, Rob Wright, executive director at logistics consultancy SCALA wrote: “We would urge Government to consider all the options available to them in these proposals, consulting with industry to come to a solution that best suits all parties, to the benefits of businesses, road users and society as a whole.”