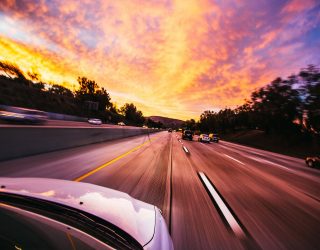 When it comes to driving, there are all sorts of gender stereotypes. Women are safer drivers, men are better drivers, and young male drivers are more prone to breaking drink driving rules…

One of these stereotypes has been the focus of new research: that men are more likely to speed than women. And it was found to be true.

The research, carried out by UK road safety charity Brake, found that 28% of men admit to having driven above 100mph. That figure is more than three times higher than the number of women admitting to the same driving offence (9%).

The findings of the survey of more than 2,000 UK drivers were published to coincide with Road Safety Week (16-22 November) which had a ‘No need to speed’ theme.

The charity also revealed police data on the highest recorded speeds on UK roads. The results are shocking. The highest excess speed was 152 mph in a 30 mph zone, while the highest overall speed was a dizzying 180mph in a 70mph zone.

According to the research, one in five of all UK drivers and one in three of 25-35 year old drivers admitted to driving at more than 100mph on a public road (either as the driver or passenger).

Anyone caught driving faster than 100mph faces a driving ban of up to eight weeks and a fine of 150% of their weekly income.

The charity is keen to point out the danger drivers place themselves and other road users in when travelling at excessive speeds. For example, the stopping distance when a car is travelling at 100mph is around 182m (equivalent to the length of nearly two football pitches). When you think of it in those terms, such speeds make a crash almost unavoidable.

Speaking about the findings, Brake’s director of campaigns Joshua Harris said: “None of us should be put in danger by the high-risk behaviour of others when we’re getting about on roads.

“Many drivers drift over limits by mistake but our research shows that a shockingly large number of drivers, particularly men, break speed limits excessively.”