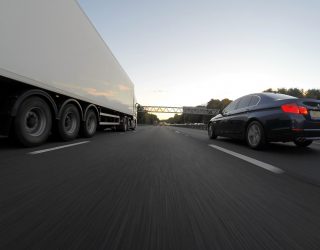 These extra-long trucks are often condemned as ‘monster trucks’, with opponents arguing they pose a deadly threat to other road users.

However, European lawmakers are now debating whether to offer incentives for these European Modular Systems (EMS) as part of the EU’s first truck CO2 legislation. Advocates argue that they offer a straightforward solution to cutting fuel consumption and reducing CO2 emissions.

In 2014, attempts to allow these multi-trailer vehicles to cross EU borders rather than just staying in certain countries failed. But the monster trucks are back.

Earlier this month, Joachim Drees CEO of MAN Truck and Bus said the auto industry believed these trucks were key to a more integrated approach in the legislation.

According to Linde Haven, assistant to Dutch Green MEP Bas Eickhout (who is responsible for drafting the European Parliament’s report on the proposal) said a number of political groups were keen for EMS trucks to be considered as part of the solution.

Drees pointed out that the German state of Baden-Wurttemberg, an area which encourages use of modular trucks, saw a 12% reduction in CO2 compared with regular trucks.

Have you driven an EMS truck? Would you like to see more on the road?