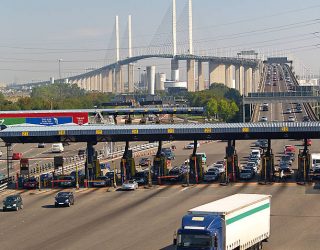 The delays at UK borders could worsen later this year without government action to help hauliers deal with new border checks, MPs warn.

The Public Accounts Committee has published a report that says that disruption is possible with passenger volumes now returning to normal.

And Logistics UK, the business group, says that the government must prioritise the border to keep trade moving.

The committee chair, Meg Hillier, says the government could be doing more to ensure the effective operation of the border and to reduce the current burden on those firms trading with the European Union.

Rising costs are making it harder for businesses to trade

The committee’s report highlights that paperwork, delays and rising costs are making it harder for businesses to trade as usual.

Ms Hiller said: “In our view, there is much more work that Government should be doing in the short term to understand and minimise the current burden on those trading with the EU, to address the immediate delivery and readiness risks in introducing import controls, and to have a border in place which is operating effectively without further delays or temporary measures.”

That opinion is echoed by Logistics UK who says that action is needed now to prevent passenger and trade traffic grinding to a halt at the border from this summer.

The organisation’s head of European policy, Sarah Laouadi, said that while the country’s logistics sector had made big strides to prepare for the new order arrangements, there is still much to do.

She said: “Our industry has made huge strides in preparing for new border and customs arrangements with the EU since the Withdrawal Agreement was signed.

“But the imposition of new import checks this summer, and the introduction of new border processes could have a significant impact on the ability of UK businesses to trade effectively in the future.”

She added: “The new EES passport checking system needs urgent attention, as it currently would require drivers to leave their vehicles and cross live traffic lanes in ports and terminals to undergo passport checks.

“Not only would this create safety risks, but it will have a severe impact on the time it takes to cross the border and knock-on effects on traffic flows on both sides of the Channel.”

She highlights that independent modelling has revealed that a two-minute delay at the border could potentially create 29 miles of queueing traffic.

There are also concerns over the lack of details for the Planned Border Control (BCP) posts being staffed and built in time for July.

Detail about the type of commodities that will be accepted

Ms Laouadi added: “Our main concern is the lack of detail about the type of commodities that will be accepted at each location, which is crucial for businesses to rearrange their routes and operations if necessary.

“This information should be available by now. The operational changes we are talking about cannot be delivered at the last minute.”

She added: “We would like the UK Government to show leadership on this to bring together all involved parties, including the operators of BCPs, and deliver the information the logistics industry needs to successfully navigate the next stages of import controls.”