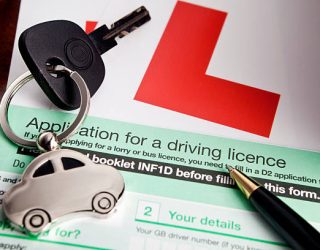 The DVSA has announced that from 15 November, the law will change so that HGV drivers will be allowed to go straight into their artic test.

The move will, the government hopes, resolve the HGV driver shortage and generate capacity for up to 50,000 extra driving tests per year.

The rule changes are still subject to Parliamentary approval but will see HGV candidates learning to drive in an articulated lorry, rather than learning in a rigid.

This means that drivers will be able to take their test in an artic, without having to pass their large rigid lorry driving test first.

However, the DVSA points out that driving candidates can still learn to drive and take their test in a rigid lorry – Cat C – if they have no aims to drive larger lorries.

And when a driver passes their artic test, they will be entitled to drive C1 medium-size lorries.

They are also able to drive the C1E category – a medium-size lorry towing a trailer – and C which is a large rigid lorry.

The new drivers will also be able to drive a CE category large articulated lorry.

Learn to drive in a medium-size lorry

The government announced last month that its proposals to allow drivers to take one test for driving both a rigid and articulated lorry would create an extra 20,000 HGV driving tests every year.

The streamlining of the testing process also means that drivers no longer have to take two separate tests with a break of three weeks between each.

This will, the government says, enable new HGV drivers to enter the haulage industry quickly.

HGV driving test being made shorter

The new rules will also see the HGV driving test being made shorter with the removal of the ‘reversing exercise’ element.

For those vehicles with trailers, the ‘uncoupling and re-coupling’ exercise will be tested by a third party separately.

The reason for this is that the test takes a large amount of time and is carried out off-road on a manoeuvring area.

By removing this element, it will free up examiner time, so they are able to carry out another full driving test each day.

Transport secretary, Grant Shapps, said: “From Inverness to St Ives, HGV drivers are helping to keep the country running, and have been throughout the pandemic.

“The shortage of drivers is a global problem, but we’ve been taking action here in the UK to help industry leaders attract drivers and build a more resilient sector.”

He added: “We’ve already delivered 50% more tests than were available before the pandemic, but today’s additional measures will deliver up to 50,000 more a year, helping more and more people to kickstart their career as a well-paid HGV driver.”