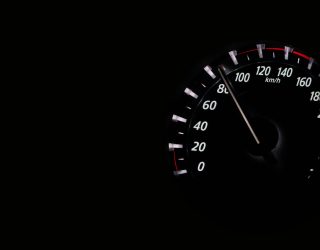 A number of EU countries have been reassessing speed restrictions on country roads.
Spain has reduced the speed limit on its major rural roads from 100km/hr to 90km/hr. More than 2,700 road signs have been changed at a cost of €526,000.

In Germany, there is mounting pressure to introduce a speed restriction on the country’s Autobahnen.

The two countries have different motivations for making these changes. For Spain, it is to become one of the continent’s safest countries for rural drivers. That means reducing the number of deaths per million people each year to below 30. In Spain this figure is currently 39.

For Germany, the argument is more about pollution and CO2 emissions (but cutting road deaths is also part of the debate).

Data from 2017, shows that Sweden and the UK have the lowest road deaths in the EU per million inhabitants.

In France, the speed limit on country roads was reduced by 10km/hr to 80km/hr. This decision has played a key role in the ‘gilets jaunes’ movement, with many seeing it as a sign of President Macron’s urban elitism. Nearly 60% of France’s speed camera network has been vandalised as part of the protests.

Over in Austria, the situation is a bit different. Transport Minister Norbert Hofer is piloting a scheme to increase the Autobahn limit from 130km/hr to 140km/hr.

I suspect Norbert is something of a speed freak. When you drive a truck for a living you know there’s plenty of them about.