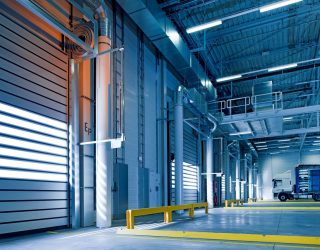 OnTruck, the company that created its haulage tech platform to better match road freight supply and demand, has secured €25 million in new investment.

This series B funding round was led by global venture capital fund Cathay Innovation, with other new and existing investors also involved.

Madrid-based OnTruck wants to digitise the freight market – but is dealing with an industry not particularly well-known for openness and transparency. It connects companies looking for road freight operators to a network of more than 2,200 truck drivers working in Spain and the UK.

From a driver’s perspective, OnTruck offers a steady stream of readily-priced work. While from an industry perspective, it boosts efficiency by reducing the number of empty journeys.

According to OnTruck’s CEO, Iñigo Juantegui: “Regional trucking is where shippers and truck drivers suffer from the most inefficiency, with over 40% of kilometres driven empty.

“This is where OnTruck’s technology and our shipper and driver app can add the most value to lower supply chain cost for shippers and empty kilometres driven by truckers.”

Juantegui confirmed that the new funding will help consolidate its market positions in the UK and Spain and expand further into Europe.

What’s your view of a more digitised supply and demand system in road freight?