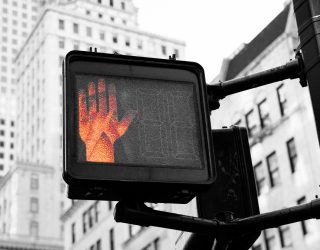 Plans by 3,000 lorry drivers to stage a strike have been criticised as ‘counterproductive’ by one organisation.

The Road Hauliers’ Association (RHA) represents more than 7,000 members and says that a driver’s strike would make a ‘bad situation worse’.

They also warned that the country’s supply change would be severely disrupted.

The warning comes after lorry drivers said they would stage a ‘stay at home’ day on Monday 23rd of August.

The strike will highlight driver’s working conditions and poor pay.

It is being organised on a Facebook page and one of those behind it, Mark Schubert, said that in his 40 years as a lorry driver, he had never seen such a demand for change from fellow drivers.

He told one newspaper: “For far too many years we have been ignored, exploited and taken for granted. Now our time has come, now we have a window of opportunity to be listened to.

“We are trying to send a message that drivers are thoroughly fed up with the way they are treated by employers. Yet as long as stuff is on the shelf, people don’t seem to give a damn about us.”

The Facebook page is also demanding that HGVs drivers should enjoy a minimum wage of £15 per hour, a 45-hour week with paid breaks and overtime that is paid at 1.5 times the driver’s hourly rate.

Shortage of HGV drivers in the UK

He added that the government plans to tackle the shortage of HGV drivers in the UK are not enough to resolve the issue.

Mr Schubert says that plans to improve working conditions and ease driver qualification requirements will take at least six months to take affect – and fail to tackle fears over a summer food shortage.

She said: “We understand the drivers’ frustration but downing tools is not the way forward. We don’t want to make a bad situation worse. A supply chain that runs like clockwork only requires the tiniest thing to throw it out completely.

“If you think things are bad now, it’ll just make things so much worse.”

Impact of the driver shortage

The impact of the driver shortage is being reflected with news that some supermarkets are offering new drivers £1,000 as an incentive to join up.

And some employers are taking radical steps to improve working conditions and a driver’s work-life balance.

Among these is Walker’s Transport with depots in Leeds and Manchester.

It has unveiled what it calls a ground-breaking incentive called ‘Walkers Balance’ in a bid to beat the driver shortage.

This will see their drivers able to choose a four-day working week – which they say is a first for the industry.

‘Importance of a balanced lifestyle’

The firm’s group operations director, Scott Hobman, said: “Walkers Balance takes us away from the industry norm and focuses on the importance of a balanced lifestyle for our employees.

“This new approach will allow drivers to spend more time with friends and family to do things that they enjoy, naturally leading to an improvement in wellbeing.

“As you can imagine, this is a huge investment for the company and we need to ensure that it not only benefits employees, but also the business through improvements in absenteeism, morale, performance, and retention.”