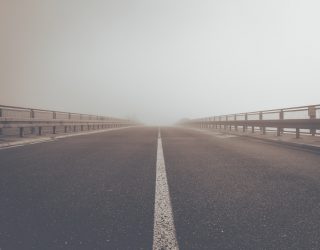 New research has revealed that drivers consider potholes in roads to be a more serious concern than drink-driving or texting while behind the wheel.

Potholes topped the list of hazards, above distracted driving – such as texting or talking on a mobile phone – (68%) and traffic congestion (65%).

Speaking about the report’s findings, Neil Greig, director of policy and research at IAM RoadSmart, said: “The pothole situation on UK roads has now become much more than just irritating, it’s a significant threat to personal safety.

“We simply can’t have vehicles swerving into oncoming traffic or slamming on their brakes without warning to avoid them […] It is clearly a sign of the times when motorists perceive potholes to be a bigger growing concern to them than drink driving and texting.”

He continued by saying it is time for the government to take action and fix the nation’s pothole problem.

Research by Kwik Fit revealed that a total of £1.25 billion of damage was caused to vehicles as a result of potholes in 2019. And even though traffic volumes were greatly reduced due to Covid-19 restrictions, the RAC still attended nearly 1,500 call-outs for pothole-related breakdowns in the last three months of 2020.

Other statistics included in the IAM RoadSmart report reveal that roughly nine out of 10 (89%) drivers had been affected by potholes in the previous year. While 54% of drivers have had to steer away or brake hard to avoid a pothole when behind the wheel.

The Department for Transport has started a data-driven review of badly maintained roads around the UK. Deliveroo, Uber, Tesco and Ocado will help inform and identify pothole repair hotspots.