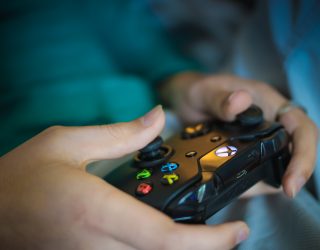 On first glance, the autonomous vehicle industry seems set on taking control away from humans, but that’s not the full story.

The race is on for the development and deployment of robo-car and robo-truck technology. But these companies are realising that regardless of how good the system behind self-driving vehicles is, it is impossible to recreate what humans bring to the road: the ability to see a complex situation and make a decision based on it. You don’t say? Most of us could have told them that and saved them the effort…

The simple answer would be all self-driving vehicles having a human driver ready to take the wheel when needed. But for autonomous vehicle makers, the future is one without steering wheels – at least, not in the vehicle itself.

For many self-driving companies, the plan is to run call centres in which humans watch over a fleet of robo-cars, able to take control via a steering wheel and pedal set-up.

But this remote-control capability isn’t just for cars – it can be applied to trucks, too. A number of start-ups are developing systems that allow trucks to drive themselves in straight-forward road conditions, but have humans at the helm for more complex driving requirements.

Drivers wouldn’t be in the truck itself – in fact they could be sitting hundreds of miles away – but they would most certainly be in the driving seat.

Most self-driving start-ups are keeping their cards close to their chests in terms of human reliance, but that doesn’t mean it’s not part of the plan.

What do you think? We can’t avoid self-driving technology, so is remote-control driving the best option?