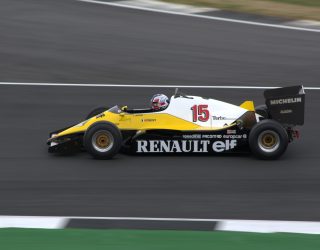 Renault’s Hungarian Grand Prix didn’t get off to the best of starts when one of the team’s trucks crashed off the road in Hungary.

The truck was on its way to Budapest for the next round of races in the Formula One championship. The articulated vehicle went off the motorway near Gyor – no other vehicles were involved and the driver escaped serious injury.

Renault’s F1 team didn’t give any details about the contents of the truck, which was one of many used for the European races. These trucks tend to carry everything from tools and wires to engines and race cars.

Even before the crash, Renault’s luck hadn’t been great. After a weekend to forget in Hockenheim in which it failed to score any points and dropped to sixth place, the last thing it needed was to lose a team truck.