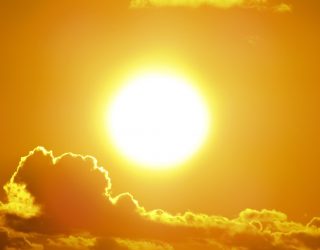 As the heatwave continues across much of Europe, as usual some countries’ infrastructure is faring better than others.

While Spain and Italy are used to the mercury rising, the UK often struggles in the heat. Railways lines become warped, roofs buckle, and roads start to melt away.

The crew of a bin lorry in Newbury, Berkshire felt a sudden sinking feeling earlier this month when the wheels of their lorry became stuck in the melting road and the lorry had to be rescued by a crane.

Have a look at the photos here.

It is yet to be confirmed whether the soaring temperatures were the cause of the road deterioration, but it hasn’t been the only report of melting tarmac across the country.

Some councils are sending out gritting lorries to spread crushed rock dust on melting tarmac to create non-stick surfaces.

Have you found yourself in a sticky situation recently?