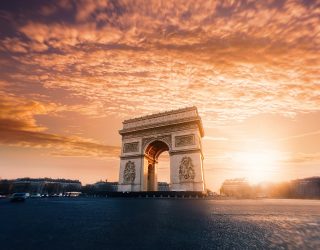 France has decided that if foreign haulage companies want to drive on French roads, they need to contribute to their upkeep.

France has been considering this option for some time. Authorities have become increasingly frustrated by the number of trucks using the country’s roads as a gateway to other European countries.

France wants haulage companies to pay their way to help cover the cost of road maintenance. Companies would have to purchase the road tax before their trucks could use roads in France.

The idea is to target trucks that pass through the country without stopping. “There are some trucks that don’t even fill up with petrol so they don’t even pay any fuel tax or tax to use the roads,” explains de Rugy.

There is also talk of enforcing a rule for trucks to use motorways instead of secondary roads, forcing them to pay tolls.

This announcement came after the bridge in Genoa collapsed killing 43 people – a tragedy that has been blamed on poor maintenance and a lack of investment.

Want to showcase your product to our audience? Then check our advertising options here