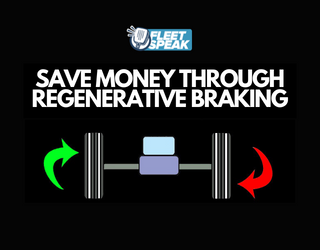 Fleets under heavier classifications operate their purpose in various ways, from transporting essential goods across long distances to hauling stocks away from populated sectors. Even though technology has become a crucial part of life, it still hasn’t progressed to serve conveniently.

However, regenerative braking and cleaner operations are being constructed in heavy-duty fleet design features. The braking systems are fundamentally being operated more safely and efficiently.

Semi-trucks tend to be much bigger than vehicles in a smaller class, especially passenger vehicles. It’s obvious they don’t operate the same, judging by their type.

Like stopping, for instance, the larger the size of the semi, the extra the momentum will be than a car (Concerning same speed ratio). It calls a need for a different and adequate braking system.

Light and semi-light vehicles generally have a hydraulic braking system. HGVs tend to rely on air brakes, whereas Hydraulic brakes work in an instant. When the driver depresses the brake pedal, It sends the brake fluid to wheel pistons which engage brake pads to slow the vehicle.

It all happens within seconds, which is an effective way to stop smaller vehicles. But with semi-trucks with detachable trailers, it’s simple and doesn’t work. Thus, they use air brakes.

In an air brake system, depressing the brake starts the same chain reaction but consists of more steps forward. First, the air moves through the line into the brake chamber, and then the forced air presses the pushrod against a slack adjuster, which causes the camshaft to turn.

The movement makes the S-Cam quirk, forcing the brake lines against the drum, causing the truck to halt. The time takes to stop is called the brake fade – which takes less than a second to process. Even though it’s a short delay, the driver must stay alert all the time.

Why are Air Brakes important for Today’s Semis?

The only crucial difference between hydraulic and air brake systems is the brake fluid. As it leaks from the hydraulic system, it makes the brake harder to engage, leading to failure. As concerning as it sounds for a car, heavy-duty trucks have devastating consequences.

Whereas the air brake systems are way more dependable. Irrespective of the amount of air leakage, the system always engages until the truck stops. Why? Because there’s a huge spring fitted inside the brake chamber holding back the airflow. When the system is unable to hold the spring in place, it uncoils to engage the brakes to halt.

Is regenerative braking the future of semis?

As the technology is already being used in bigger class vehicles, recent regenerative braking has been adaptive in electric vehicles. Tesla is leading its way with the Class 8 semi, which is claimed to be charged rapidly. With about 500 miles of range, it governs the regenerative braking systems. Because of legal implications, the Class-8 semi needs to have air brakes but could be used for backup.

Not until we get to see fully functional regenerative systems without any mandatory implications the future will promise long-lasting braking systems and save time, money and, most predictably, people’s lives. Looking closely, the future seems here already.