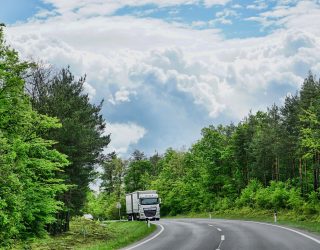 Silicon Valley may strongly believe that drones and self-driving trucks are set to transform the way goods are transported, but those in the trucking industry disagree. Passionately so.

Tech giants such as Tesla are convinced that the future of logistics is heavy on tech and light on humans. Well, they would, wouldn’t they?

However, they face stiff opposition from those currently working in the industry, namely truckers and warehouse workers. I might be biased, but surely these are the people who’d know best?

The main barrier to success is public and industry perception. Donald Broughton, managing partner of transport analysts Broughton Capital told Business Insider: “Is it socially acceptable to put an 80,000-pound truck down the highway without a driver? That’s the hurdle.”

In the same article, Allen Hostetler who’s been driving for 25 years explained: “It will never work because of inclement weather conditions and traffic situations. Technology may be great, but human instinct and reactions will still dominate in split-second situations.”

There are a variety of tasks that require the logic and thinking of a human, such as hooking and unhooking trucks, locating the right trailers, and manoeuvring an 80-foot vehicle in and out of docks.

While some tech leaders are adamant driverless trucks will be commonplace in ten years’ time, the current stats simply don’t add up to that.

According to research carried out by the Warehousing Education and Research Council (WERC), just 1.6% of leaders currently use drones or driverless vehicles, and 60% said they are not likely to ever use them.

Truck drivers regularly speak of their confidence in self-driving vehicles not posing a huge threat to their jobs. Let’s hope that confidence holds true.