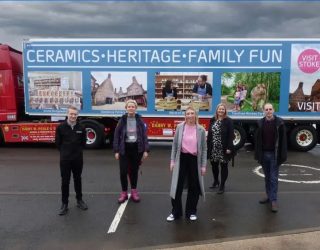 The move follows customer demand that has prompted the national and international transport business to add the new assets to its 27-strong exclusively Schmitz Cargobull trailer fleet.

The firm currently has 20 reefers, four Euroliners and three box trailers, which transport fresh and frozen produce across the UK, Europe and Asia, from DWP & Sons’ base in Stoke-on-Trent.

And the TrailerConnect telematics offering enables DWP & Sons to monitor all variables on each trailer from a single dashboard, including the internal temperature, tyre condition and door security, and the system sends SMS or email alerts in case of security concerns.

‘Worked with the Schmitz Cargobull team for many years’

The operations director at DWP & Sons, Phil Houlton, said: “We have worked with the Schmitz Cargobull team for many years, and they always deliver what we want.

“Their telematics package gives total transparency for us and for our customers.

“We can see everything from weight, temperature and the distance a trailer has covered, all in one neat package.”

He added: “The trailers we currently have on the fleet are doing a fabulous job and the new ones will be working just as hard.

“They are brilliant trailers to pull, which is part of the reason we keep returning to Schmitz Cargobull.”

Currently, two DWP & Sons’ trailers are being used to advertise Stoke-on-Trent’s cultural and heritage attractions with eye-catching liveries designed by the local council.

There are plans for Stoke City Football Club to wrap a third trailer in its colours.

Mr Houlton, works alongside managing director Danny Poole, said: “Danny and I have always been keen to support the community, so we try to put something back into the local area where we can, particularly after such a difficult period.

Expected to remain in operation for four years, the new assets will be used seven days a week, 365 days a year, and will predominately be pulled by DAF XF tractor units.

The new assets, which are the first to be constructed in Schmitz Cargobull’s new Manchester factory, join Salford Van Hire’s existing fleet of 1,800 dry freight curtainsiders and reefers, half of which were also supplied by Schmitz Cargobull.

The firm’s Steve McNally said: “We are very proud to be the first logistics business in the UK to acquire these new S.KO Pace Smart semi-trailers which are perfectly suited to our needs.”