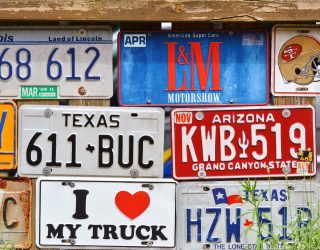 A new number plate has got some road users a bit hot under the collar.

The saucy BJ69 number plate was released in the UK in September 2019 but was quickly branded inappropriate by some drivers.

Despite the complaints, the DVLA has said it will not remove the new number plate from service. The number plate could appear on new vehicles built between now and March next year. Great news for all the lorry spotters out there!