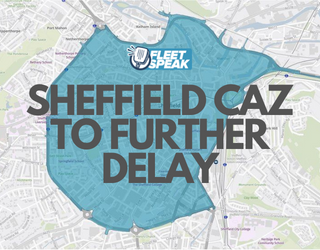 Plans to bring Sheffield Clean Air Zone into effect have been delayed again.

The goal was to initiate charging drivers with vans, taxis, buses, coaches and lorries who do not comply with Euro 6 Diesel or Euro 4 emission standards in the near time.

But the UK council has now announced the start of the Sheffield Clean Air Zone will probably be starting next year.

Vehicles with no heavyweight will be charged £10 per day as the HGVs, and other types will have to pay £50 for the entry.

As per the Local Democracy Reporting Service, the latest news on the CAZ scheme is said to be forgotten until recently; a council document has reportedly been extracted to the public that they would bring the scheme into effect no later than this year’s end.

As the council has previously said, Sheffield has already breached the legal limit of nitrogen dioxide in the air since January 2010.

“Failure to implement the mandated CAZ charging scheme within the prescribed deadlines imposes a serious risk to the council and gives rise to potential legal challenges by way of judicial review”, – said the council officers in a briefing document seen by LDRS.

Adding to the report, “There is also the risk that any grant funding already provided to Sheffield City Council could be recovered by the government, by way of clawback.” Said the officers.

The Sheffield Clean Air Zone scheme will be presented to the UK government for consideration in the month of April.

To share a perspective on the situation, Tom Finnegan Smith, Head Transport Strategist, remarked: “The early 2023 ‘go-live’ date for the CAZ takes into account up to date timescales associated with the installation of infrastructure, mobilisation and testing to ensure the launch to be successful.

“The Scheme is under a standard assessment and we will be in the position to declare an official launch date in the coming year.”