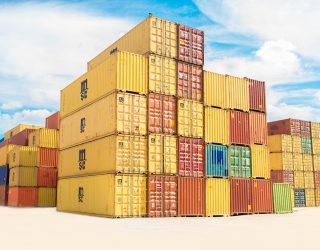 A trucker has been videoed executing a rather unorthodox – but highly effective – way of unloading items from the back of his trailer.

In a clip shared by YouTube user Phelan Ebay, the driver is seen offloading old appliances at a scrap yard using the unconventional method.

With the trailer doors open, the truck is seen reversing at speed towards the unloading spot. The driver then slams on the brakes before pulling away (at speed, obvz), allowing items to spill off the back. He simply repeats the manoeuvres multiple times and it’s job done!

Something to bear in mind, next time you’re unloading in a rush?!