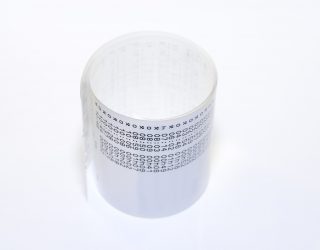 Earlier this year, the EU announced plans to introduce a new generation of smart tachographs for trucks.

As well as replacing old technology, the aims are simple: to encourage better enforcement of highway and driving rules, make it harder to sidestep those rules, enhance fair competition in transport, and increase efficiency and safety in the road transport industry.

June 2019 will see the first vehicles being fitted with smart tachographs. These new smart tachographs are essentially pan-European systems to record the driving, working and rest times in commercial vehicles.

In principle, the requirements are the same for new smart tachographs as they are for existing ones. Drivers will still have to comply with Drivers’ Hours Legislation and Working Time Directive, and data will continue to be stored and analysed.

However, new features include a GNSS module to record a vehicle’s location at the start and end of each journey, plus three-hourly updates.

The technology can also communicate with tolling stations and the agencies operating them. This isn’t just a way to facilitate and log toll payments, it means road inspection officers will be able to communicate remotely with the smart tachograph so the majority of vehicles do not need to stop. If no issues are found, drivers can continue on their journey uninterrupted.

Enforcement authorities will be alerted to possible infringements (such as an overweight trailer or something more serious), and will only stop vehicles that require inspection, saving valuable time.

Enabling this proactive communication with third parties helps promote safety for rule-abiding truck drivers and other road users, too.

Another consideration has been the introduction of the EU’s General Data Protection Regulation (GDPR) in May this year. GDPR rules have directly influenced smart tachograph technology and standards.

According to Paul Provenzano, director of strategic development at UL, a company that provides security services to businesses: “It played a key role in the design and application of this.”

The technology had to include protection for certain data involving driver behaviour.
According to the regulations, only certain data will be communicated, such as that relating to vehicle calibration. Crucially, drivers’ personal data (such as names and contact details) will not be transmitted.

It’s too early to predict the full impact smart tachographs will have on new technology such as self-driving vehicles, however they will have real impact across the industry. Fuel payments and invoicing, for example, could be incorporated into smart tachograph technology, leading to cost savings through better analysis of fuel use and efficiency.

Time will tell, but for now, European truckers and everyone in the industry need to embrace smart tachograph technology and see where it takes us.