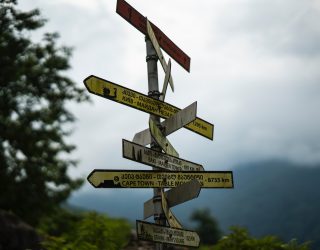 Which way would you turn if you had the choice between turning right to ‘somewhere’ or left
to ‘nowhere’?

Villagers in a Somerset village in the UK are reportedly so fed up with drivers speeding along
their quiet roads, they have changed the road signs to deter them.

The village is used as a cut-through by motorists keen to avoid the roundabout (complete
with 27 sets of traffic lights) on the main road. However, in doing so they are often travelling
at high speeds along narrow lanes in a bid to get to where they are going faster.
Photos of the tampered road sign have been shared on social media.

Another eclectic day working for @itvwestcountry!

Today I reported on a signpost near Yeovil which directs people to both ‘somewhere’ and ‘nowhere’. Not your average day! pic.twitter.com/Laq9lN2ggV

This is clearly an imaginative response to the amount of traffic in a village, how much it will
resolve the problem remains to be seen.
Anyone at a crossroads in their life might want to find this road sign and start a new
adventure…