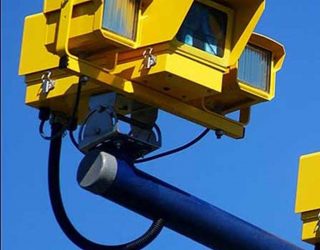 What are Speed Cameras?

Speed cameras in the UK are tools operated by local law enforcement officers to limit vehicle speeds to reduce fatal road accidents. To improve transport safety, speed cameras are one of the several measures taken in places like the UK with dense traffic volume.

How Do Speed Cameras Work?

Following are the two ways speed cameras are designated.

As the sensors detect the vehicles crossing the designated speed limit, the cameras capture a photo of that vehicle to send to an electronic DVLA database to ensure the driver’s registration plate & home address.

Once the details are verified, a speeding ticket is sent to the driver’s address with details of the offence & possible penalty charges.

As a warning, speed cameras in the UK offer to have a ‘Buffer Zone’, where no penalty is charged as a first offence after crossing the speed limit. although the records are hidden from the general public, it’s speculated to have a tolerance rate of 10% above the speed limit. One more major reason to justify tolerance rates is to avoid the risk of drivers focusing too much on speedometers or feeling vulnerable to accelerate to avoid penalty.

Types of Speed Cameras in the UK

Main speed cameras in the UK are categorized into four functionalities.

In the unmanned category, we have Fixed Speed Cameras & Speed Over Distance Cameras

Often integrated into busy & dense roads which are prone to accidents, these are all automatic cameras for capturing pictures of vehicles breaking the speed limit. Sometimes monitored by placing two cameras to detect the speed of vehicle passing from point A to point B.

Some of the Human controlled speed cameras in the UK are Mobile Speed & Red Light Cameras.

Whereas the Mobile Speed Cameras are hand-held or positioned inside the cop’s car, the Red Light Camera is integrated on traffic light junctions to get better surveillance of the vehicles drives through red lights.

It’s repeatedly reminded by GOV.UK that you must not drive faster than the speed limit regardless of your vehicle type. The speed is supposed to be utmost maximum & must not be crossed by any drivers to avoid serious as well as fatal injuries.

As the UK is reported to have more speed cameras than the USA followed by Germany & France, UK’s road safety measures seem to be gradually increasing every turn.